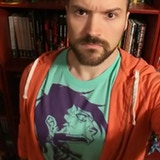 A 28-page print edition for the second chapter of BURN. 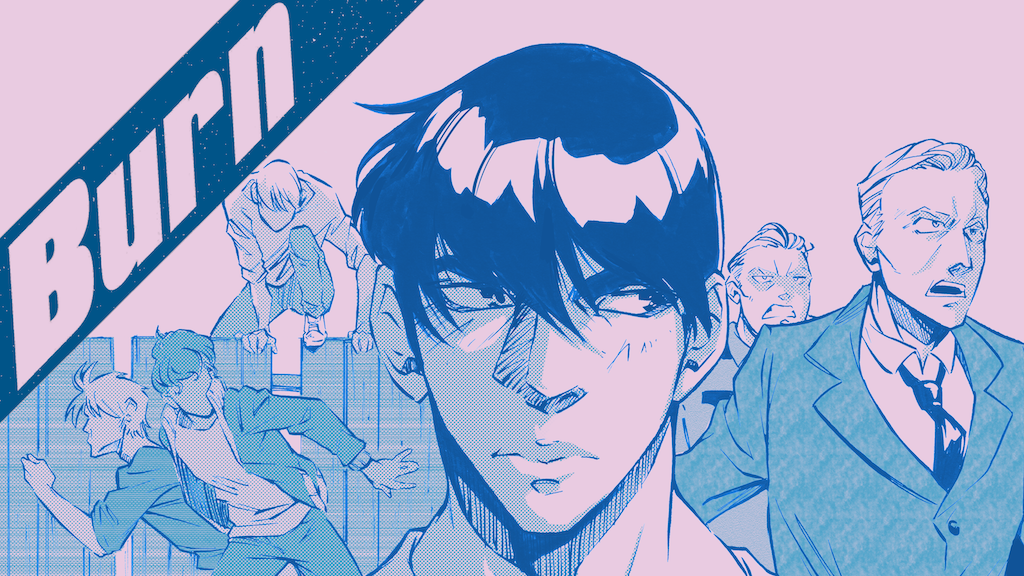 BURN is an ongoing, romance, drama comic from Amanda Johnson and Jacob Bouvet. This campaign is for a print edition of the already complete second chapter of the story.

BURN is the story of Ben and Charlie, a gay couple in the 1950s. After the violent encounter with a couple of good-old-boys in the last issue, our couple and their compatriots find themselves on the run with the law not far behind.

BURN is a digital first series that we publish on LINE Webtoon’s Discover platform. In the year we have been releasing on the platform, we’ve gained over three thousand subscribers. A new page is posted every Tuesday so, be sure to subscribe and follow along at burncomic.com!

The book itself will be a 28 page, saddle-stitched comic book with blue and white interiors (with the exception of a couple of full-color pages) and a pink and blue cover.

This entire second chapter is 100% complete, and the book is ready to be sent to the printer as soon as the campaign ends. The book and other rewards (excluding original art pieces) will be printed locally in my hometown of Springfield, IL to ensure a quick turnaround time for reward fulfillment.

Below are some examples of the outstanding rewards you can get as a part of this campaign. Some rewards are limited in quantity, so don’t sleep on them.

-FANNING THE FLAMES is a zine highlighting some of the process and inspiration behind the series.

-Speculative Relationships Vol. 3 is a 180 page, black and white sci-fi romance anthology that features 15 stories from a bevy of talented comic creators. This anthology marked the first or our collaborative efforts in print.

– A 9×12 custom, bust up illustration of a character or your choosing. Illustrations will be black and white and may include an ink wash at artist’s discretion. Artist reserves the right to decline any requests as she sees fit. If that occurs, we will work with you on alternative options.

– An original art page of your choice from either Burn Chapter 1, 2 or Ko Gaine 01. Art will be chosen by backers in the order they backed the project.

Amanda Johnson – Co-creator & Artist – Growing up in California on a steady diet of anime and manga lead her to enroll at an art school in San Francisco. After graduating she moved to the frozen lands of Michigan where she is currently juggling both freelance work and personal projects like her web series, Divine Fire.

Jacob Bouvet – Co-creator & Writer – a writer, zinester and toy photographer based in Springfield, Illinois. Jacob is also the co-host and organizer of his local monthly comic creator meetup.

He has had work published in several comic anthologies, including the sci-fi romance anthology, Speculative Relationships, and the giant monster anthology, Colossal Chaos from Stache Publishing.

Nikki Powers – Letterer – wearer of too many hats to count there isn’t much Nikki doesn’t do. She has lettered numerous independent comics and written some. You can find her lettering in a variety of independent publishers, including Scout Comics, and in anthologies such as Colossal Chaos, Speculative Relationships, and Cthulhu is Hard to Spell.

Winston Gambro – Logo Design – a Chicago based graphic web designer by day and moonlights making comics you’ll enjoy like Mother Nature and the EcoFriends and his cyberpunk webcomic Overflow. When he’s not chained to his drawing table, Winston enjoys playing Smash Bros or plugging his D&D comedy podcast Legion of Renob in bio sections.

Kathi B. – Pin-up artist – a hobby artist and cat slave from Germany. She draws for self-therapy and to have something to do besides working with teenagers and living for her cat. Kathi came to fall in love with BURN immediately after she discovered it on Webtoon and her piece for this zine was the first commission she ever did. She feels honored and proud to be able to be a part of this comic book.