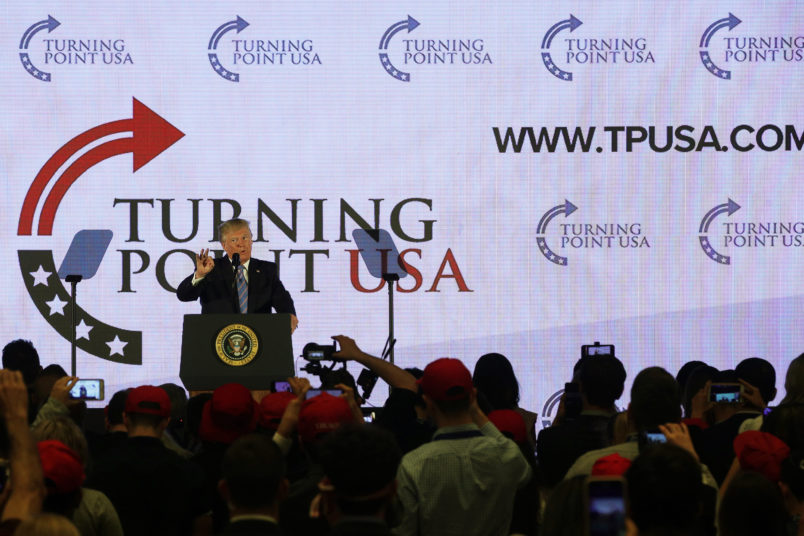 The 23-year-old male who founded the group “Students for Trump” pleaded guilty in a Manhattan federal court on Tuesday to wire fraud conspiracy for running a $46,000 scam in which he pretended to be a lawyer offering legal advice online, The New York Daily News reported.

The founder, John Lambert, created a fake website for a fake law firm called Pope & Dunn, where he pretended to be an NYU Law School graduate named John Pope. He claimed he had a finance degree from the University of Pennsylvania and had worked in corporate law for 15 years, according to the New York Daily News.

Lambert will be sentenced in November. As part of his plea deal, he agreed not to appeal a sentence that is 21-months or less and will hand over the $46,000 he scammed out of clients.

“John Lambert represented himself to clients as a prominent New York attorney with a law degree from an elite law school. But Lambert’s de facto career was one of a grifter: he had never been to law school and certainly wasn’t an attorney. Today, Lambert admitted to his crimes and faces time in prison for his misdeeds,” Manhattan U.S. Attorney Geoffrey Berman said, according to the Daily News.

Lambert reportedly ran the scam from 2015-2016 from North Carolina, around the same time he was garnering media attention for his Students for Trump group from Campbell University in North Carolina. He and his co-founder were on the TV repeatedly during the campaign, attended political rallies and ran a Twitter account that featured racy photos of women. The group was recently acquired by Turning Point USA.