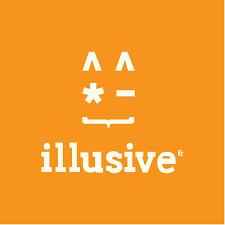 NEW YORK and TEL AVIV, Israel, Illusive Networks, the leader in deception-based cyber defense solutions, today announced it has been named by SC Labs as a Recommended Product in SC Media’s wide-ranging review of deception network tools, awarding the Illusive platform 5-stars in all rating categories; features, documentation, value for money, performance, support, and ease of use.

The noted SC Labs cybersecurity testing team commented that Illusive “sets the standard for deception realism and dynamic attacker pacing,” and highlighted the platform’s “level of deception sophistication and ease of use.” The detailed review goes on to note that “the tool’s maneuverability with a deception environment to constantly trap and deceive attackers accounts for the offering’s undefeated record against Red Teams.”

“We are thrilled that SC Media chose Illusive Networks as its recommended deception solution,” said Ofer Israeli, Founder and CEO of Illusive Networks. “This review reinforces our customer’s experience. Illusive accurately and efficiently detects attackers early in the attack cycle, without increasing the burden on already overloaded security teams. Recognition by SC Media is a testament to the growing market realization that deception technology fills urgent gaps most organizations struggle with daily.”

The Illusive Attack Detection System (ADS) blankets a network with false but authentic-looking data that malicious actors must access to progress their attacks. By interacting with these deceptions, attackers reveal their location and activities, allowing IR teams to quickly isolate and foil their attacks. SC Media noted Illusive deceptions are easy to deploy and stop attacks “before damage occurs without imposing controls on dynamic business environments.”

The review also gave high praise to Illusive’s Attack Surface Manager (ASM), which discovers and removes errant credentials and connections that provide attackers an easy pathway to move towards critical assets. SC Labs noted that it was “really impressed,” stating ASM was “simple to rollout and incredibly effective.”

The in-depth 5-star of the Illusive Platform can be found at https://go.illusivenetworks.com/sc-labs-recommended-deception-product

A new Illusive-sponsored research report from Enterprise Management Associates found that the use of Deception Technology can cut the time to detect a threat, often known as dwell time, by an average of 55 days, or over 90%. A full copy of that research is available here.

In recent months, Illusive Networks has received many awards and accolades, including: