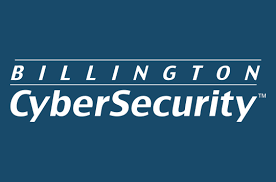 This much-anticipated dialogue highlights one of many pressing topics to be debated by leaders from the U.S. military, federal agencies and industry, plus international allies, at the 10th Annual Billington CyberSecurity Summit, now celebrating its first decade as the world’s leading government cybersecurity forum.

The summit, which is close to selling out, has grown in response to demand. Now spanning a day and a half, with more than 75 speakers and 50 exhibitors, it will be held on Sept. 4 and 5 at the Walter E. Washington Convention Center in Washington, D.C.

Exclusives abound at this year’s summit. Speakers, drawn from an array of cyber innovators and influencers, include:

Other keynotes will offer a range of perspectives from some of the world’s premier cyber decision-makers, including:

This year’s theme: “A Call to Action to Address Tomorrow’s Top Cyber Challenges.”

Offering unprecedented access to the world’s cyber thought leaders, this year’s event has been re-envisioned. Its new expanded format—with 14 hours of vibrant, cutting-edge programming—will accommodate additional speakers. And a greater international presence will include representatives from the Five Eyes alliance, and feature the launch of a Canadian Cyber Innovation Zone and a U.K. Cyber Innovation Zone with Northern Ireland support. Israel will also enjoy its largest presence ever in the program and at the Exhibit Hall, with a dozen companies participating at the Israel Cyber Innovation Zone.