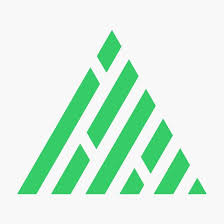 HAIFA, Israel, Regulus Cyber, the first company to provide a solution for smart-sensor security, today introduced a breakthrough software-only cybersecurity solution designed to protect global navigation satellite system users (GNSS, also known as GPS) from spoofing attacks. The new Regulus Pyramid GNSS is the industry’s first stand-alone software solution that doesn’t require any additional hardware to protect a GPS receiver or Chipsets – ensuring the security and reliability that are essential to safe and accurate navigation across a wide range of applications including automotive, mobile, aviation, maritime and critical infrastructure.

GPS spoofing attacks are notoriously difficult to detect and guard against, and becoming increasingly frequent as hackers use spoofing for personal monetary gain and various other intentions. The Regulus Pyramid GNSS™ solution uses proprietary algorithms to accurately determine when spoofing occurs and provide real-time protection at the receiver level.

“We’ve learned how to perceive anomalies between legitimate GNSS signals and spoofed signals by researching the variations in the satellite signals protocol, and recognizing the inter-relationships between signal parameters,” Regulus Cyber CTO and Co-Founder Yoav Zangvil explain. “Now we can offer our customers the extremely important assurance that they’re receiving legitimate signals from satellites, and not unsafe false signals coming from ill-intentioned hackers.”

“As proven in our recently published experiment with a Tesla semi-autonomous vehicle, the spoofing attack resulted in taking control of the target’s autopilot navigation and being able to redirect the vehicle to a different route.” Regulus Cyber CEO and Co-Founder Yonatan Zur added that, according to a recent study by the European Satellite Agency, there will be over 8 Billion GNSS receivers used worldwide and that means every system is potentially hackable by spoofing. “As the dependency on GPS grows so does the vulnerability of our modern transportation systems, especially as we head towards an autonomous technology future.”

Regulus Cyber is the first company to deal with smart-sensor security. From GNSS (global navigation satellite systems, also known as GPS) to lidar and radar, smart sensors are critical components across a wide range of applications like mobility and automotive, mobile, and critical infrastructure. Real-world attacks against these sensors is a growing concern; therefore, Regulus focuses on GNSS (GPS) security, a field that is very different from connected internet-based attacks.The company’s Pyramid GNSS (GPS) technology provides the first solution to detect and protect GNSS receivers against smart spoofing attacks. Pyramid GNSS is secure, affordable, and applicable to multiple industries. Regulus is developing a variety of anti-spoofing technologies, including a software library, relevant for any GNSS receiver as a firmware update, and an IP core algorithm for the GNSS chip level.Founded in 2016, Regulus is based in Haifa, Israel, and is backed by Sierra Ventures, Canaan Partners Israel, the Technion, and F2 Capital. For more information, visit www.regulus.com.